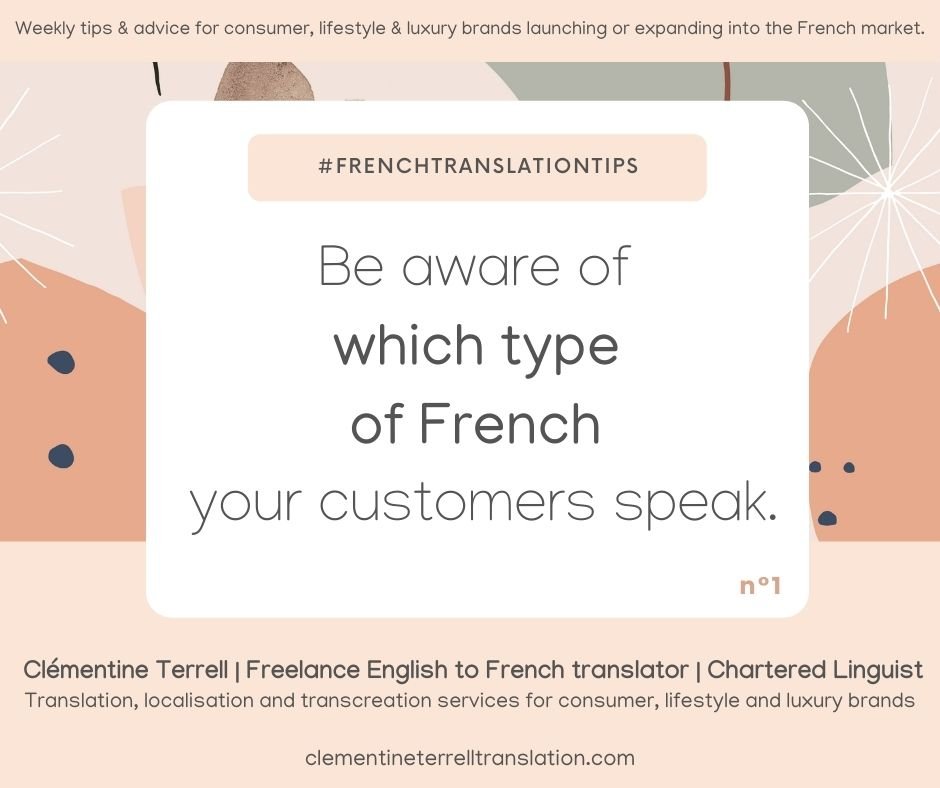 French is the 6th most widely spoken language in the world, with over 270 million French speakers. And just like (British/American/Australian…) English, the French language also has variations.

French from France (which is my mother tongue and the language I translate into) is considered the standard type of French spoken around the world and is often referred to as Parisian French, Standard French or International French.

If you are targeting the French market in general, this is the type of French you will need. But if your customers are based in Belgium, Switzerland or Canada, for example, it is worth looking for a translator familiar with the language and culture of these regions, as they will sometimes use their own unique terms and grammatical structures.

A quick example of this would be the number 80, which is “quatre-vingts” in France, “octante” in Belgium and “huitante” in Canada - with variants according to different regions within these countries.

Language providers use language codes to differentiate between these language variants:

Being aware of which French-speaking market you are targeting and working with a translator who knows the variant you need are key to making sure your content is translated and localised correctly for your customers!